What types of Printed Circuit Boards can you get? 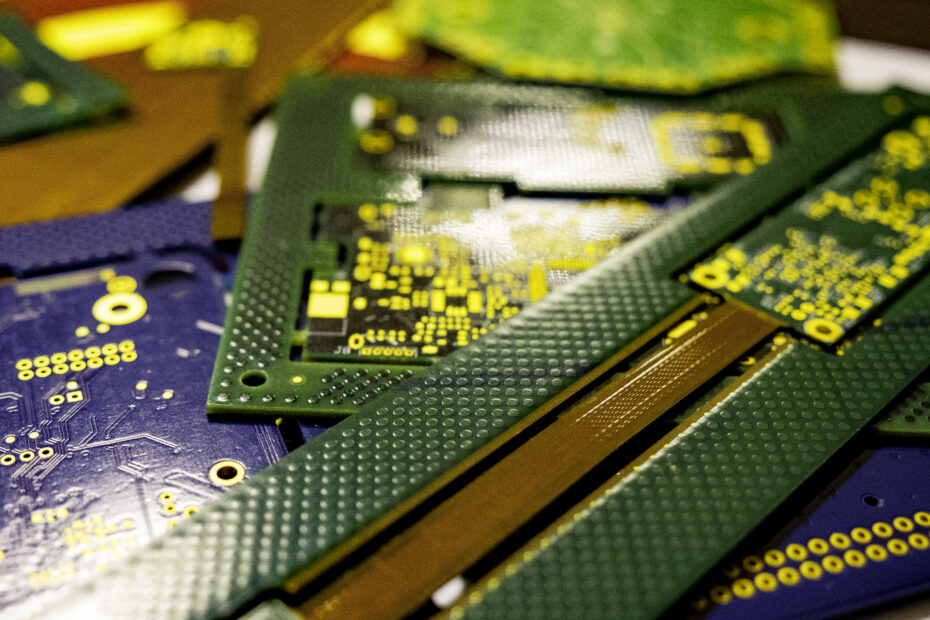 A single-layer or single-sided PCB is one that is made out of a single layer of base material or substrate.

One side is coated with a thin layer of metal. Copper is the most common coating due to how well it functions as an electrical conductor. Once the copper base playing is applied, a protective solder mask is usually applied, followed by the last silk-screen to mark out all of the elements on the board.

Double-layer or double sided PCBs have a base material with a thin layer of conductive metal, like copper applied to the board. Holes drilled through the board allow circuits on one side of the board to connect to circuits on the other side.

They allow for closer routing traces by alternating between a top and bottom layer using via’s. The benefits of a double sided board is that It has more flexibility for designers, increased circuit density and relatively lower costs.

Multilayer PCBs further increases the complexity and density of PCB designs by adding additional layers beyond the top and bottom layers seen in double sided boards.

Multilayer PCBs are built by laminating the various layers. The inner-layers, normally double-sided circuit boards, are stacked together, with insulating layers in between and between the copper-foil for the outer layers.

One of the benefits of using multilayer PCBs lies in their size. Because of their layered design, multilayer PCB are inherently smaller than other PCBS with a similar function.

Rigid PCBs are printed circuit boards that are made out of a solid substrate material that prevents the board from twisting, possibly the most common example of a rigid PCB is a computer motherboard.

A Rigid PCB is made up of copper trances and paths which are incorporated on a single board in order to connect components onto the board.

Flex PCBs are a thin, lightweight electrical circuit that can fit into confined spaces. Flexible printed circuit board technology offers a multitude of possibilities for different types of products and designs.

They have many advantages for example, saving space. A Flex PCB only requires approximately 10% of the space and weight of an ordinary PCB.

Flex-rigid PCBs are boards using a combination of flexible and rigid board technologies in an application. They enable higher component density while fitting into limited space. The manufacturing process is more complex and time consuming than a rigid board.